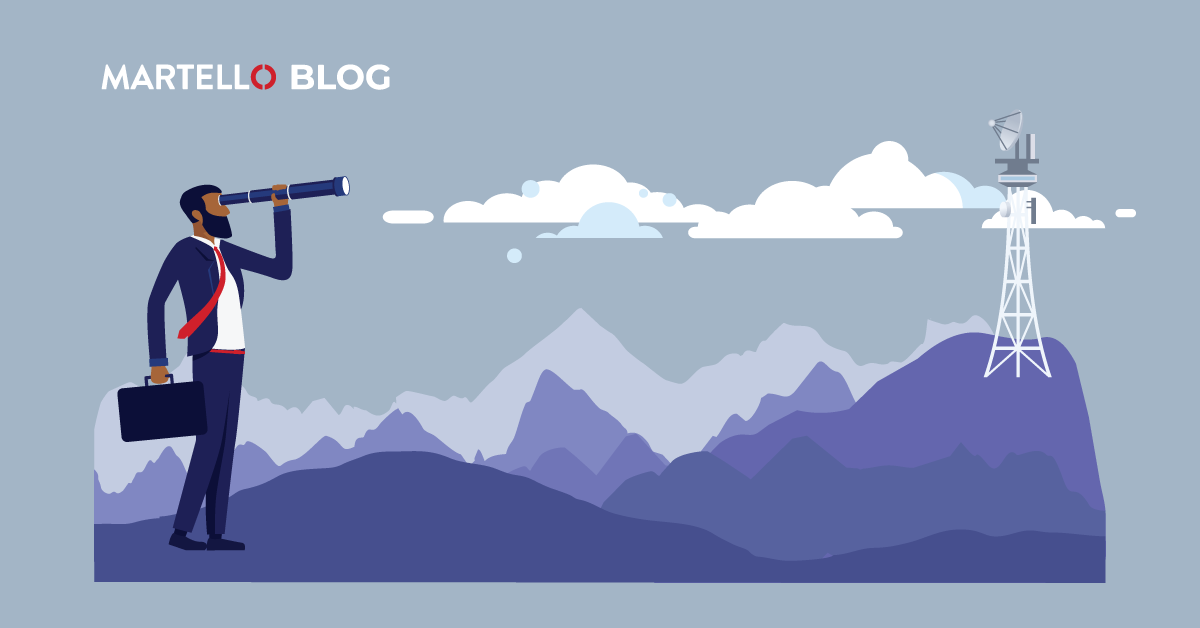 IT silos, which originated from operational processes that made sense in an on-premise world are still a fact today. It’s easy to understand how these silos, which segregate and isolate IT data and operations from other points in the infrastructure came about. Take any application running on a server in an air-gapped environment and you’ll see that understanding the root cause of user experience issues, for example, is much simpler and clearly organized according to the traditional infrastructure layers.

When a problem happens, 50% of the time it is the application itself having an issue on that server (patch, conflict with OS or other application, bug, etc), 25% of the time it is the server itself (CPU overload, RAM, disk, etc.) and the rest is up to the user (device issue, etc.) As a result, as long as each silo makes sure its own technology is working fine, 90% of problems are kept under control. Now let’s take Microsoft Teams.

You now have a cloud application, which has different uses and features depending on who is using it, that is used by everybody in the company and that relies on multiple internal IT departments and third-party service providers. How do you manage Microsoft Teams quality of service from end-to-end, with traditional IT silos in place?

Consider that in delivering the Microsoft Teams service to users, you now have the following components and stakeholders involved:

Coordinating these internal and external stakeholders especially when they are managed in silos quickly becomes a nightmare.

And there is a very good reason for that. The goal of each silo is to make sure the technology they manage is not involved when there is a problem. Therefore, they are not interested in knowing what the problem is. They are interested in knowing if it is their problem or not. This implies a lack of coordination, and a lack of understanding of how a small performance issue coming from one technology can have a ripple effect on others supporting the service, ultimately degrading the overall service quality for end users.

It’s a common complaint when customers reach out to us:  stakeholders from multiple departments each trying to push the responsibility on other shoulders and point the finger elsewhere.

What can be done to improve efficiency when it comes to managing cloud-based services like Microsoft Teams? Today the recommendation is to create end-to-end service management teams. However, nature abhors this so if you dismantle silos, they often reappear in another form, reflecting the years of habit-forming siloed operations.

One way to handle this is to take advantage of this tendency to create service-designed silos. The end goal would be to have a silo for each important cloud service that would each be composed of a cross-technological team. Hence, a Microsoft Teams silo would have people from the device department, from the network, and from UC, and they are collectively accountable for any Microsoft Teams issues, which means they can’t pass the problem on to another team.

This transformation from technological silos to cloud service silos can’t be done in one day and is usually started with a matrix organization involving hierarchical and functional reporting. This type of matrix is already in place in most large sales departments to coordinate large deals on multiple products. Moving toward that matrix organization in IT can help, keeping in mind that the ultimate goal is for the IT team to address problems more efficiently and increase the satisfaction of their main client which is the end-user.

With this redesigned cloud services silo comes the need for a clear definition of internal operational level agreements (OLA) or sometimes, in service companies’ real service level agreement (SLA) contracts involving penalties, such as blue dollars at IBM between business lines and IT services. The goal here is to make IT accountable for the potential loss and also transform overall Enterprise IT into an internal systems integrator with a commitment to excel in service delivery and business enablement.

We see this trend coming slowly but surely with North America leading the way and EMEA and APAC quickly catching up.

Interested in seeing how Martello Vantage DX can give IT teams end-to-end visibility of Microsoft Teams performance to rapidly detect and resolve problems before they impact the user experience?